skip to main | skip to sidebar

What I Learned about the Behavior of Animals 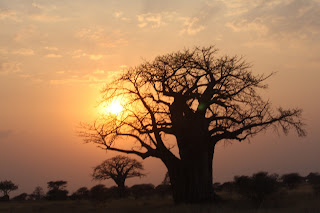 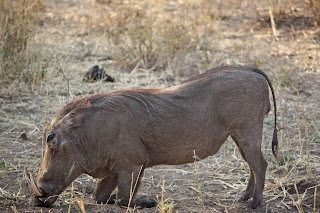 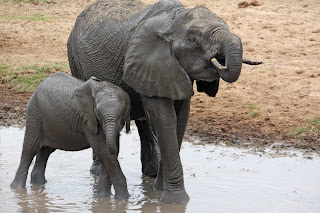 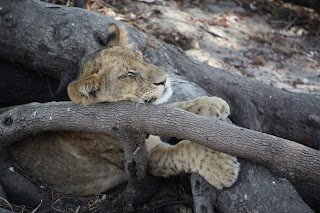 This blog isn't as meaningful to any of us now that I'm home, but I couldn't just leave it hanging without saying a formal goodbye to Tanzania and without imparting some of the interesting things I learned about animals.
Before I start, can I just say it's really REALLY good to be home.

Conversation after landing at DC airport:
ME: Look! Water fountains! Starbucks! Sanitary toilets! I'm so happy to be back in the United States of America.
KARIN: Does this mean you're going to take that Canadian flag off of your backpack?
Uh ... no.

Karin is doing much better, by the way. Unfortunately, I came down with something during the 35 hours of traveling home - got sort of a track record of getting sick after long spells of traveling, so hope it's just a cold/flu thing and not like, MY round of malaria.
Got some of those voodoo drugs from Tanz, just in case.

So. Animals.
Did you know ...
-That elephants mourn their dead?
-Elephants also throw dirt and mud on themselves (we witnessed this) to get rid of parasites
-Male lions kill the cubs in a pride in order to put the females back in heat. The females thus run away together frequently, taking their cubs with them and away from the danger. Kinda poetic ...
-Monkeys need a lot of nurturing. Bahati - the young blue monkey we met at the farm (the one who loved to chew on my ankles) sleeps with a toy mother that he hauls around with him, and also requires a surrogate mother ... one of the German Shepherds on the farm did the trick. He loved to pull on her ears.
- Male hippos spray their shit everywhere. It's because they swish their tails when they're taking a dump. It goes all over the grass and trees when they're on land. The elephants hate them for this.
- Impalas sleep in an out-facing circle. Like a fortress. Safety in numbers.
- Female ostriches puff out their feathers to look sexy when males are around ... then run like crazy when the male comes after them.
- Female giraffes also play sultry games of hard-to-get.
- Warthogs walk around on their knees when they eat. I have photographic proof. It's bizarre.
- Bugs are nasty. Although we did see a cute stick bug (it fell into Karin's hair from the grass roof of the dining hut on our northern safari). Saw a millipede (coulda been a centipede... but it had a lotta damn legs) scuffle across Steph's floor the night before we left. Thing was huge.
- And lastly .. There are, in fact, no tigers in Tanzania. But that could change any day.

We saw a lot of cool stuff out there and met some unforgettably warm individuals. it was truly an adventure and a great experience. Got some more FAB-O photos that hopefully you'll all get to see sometime. Like I said, I'm glad to be home. Thanks for reading! Hope to see/hear from you all soon. xoxo
Posted by Shauna Farnell at 12:51 PM

Shauna,
I loved, LOVED, reading your blog about your trip to Africa. I couldn't stop reading! I'm Karin's brother, Dan, in San Diego. I've spoken with her, but couldn't get this kind of detail in a phone conversation. Quite an adventure, and I'm glad you and Karin had such a successful, fascinating trip (despite the inconvenient bout of malaria).

Shauna Farnell
I have always loved animals. And hated insects.